The Bucksnag Hunting Club is a private club of about 90 memberships, many of which have been with the club since its beginning over 50 years ago.
​
In 1968, Jimmy Reel, Bill Lehrer, and Bob Raley purchased the building known as the Chapman Hotel in Garwood, TX. After extensive restoration of the old hotel, they opened for business as The Bucksnag using the name of the Bucksnag Creek flowing through the Garwood Prairie.

Within just a few years, the group had expanded the operation into a private duck and goose hunting club that would become the only one of its kind in the area. Members were selected from long-time friends of Mr. Reel, the area's foremost hunting guide and operator. Mr. Lehrer provided the prime rice-land areas for hunting.

​Working together, they established The Bucksnag Tradition: a unique clubhouse furnished comfortably with many of the original hotel furnishings, hearty country style meals served daily for members and their guests, and some of the best duck and goose hunting in the country. The Bucksnag was and still is more than just an occasional place to go hunting. Most members along with their families and guests visit here frequently. Some stay for days at a time.
In 1996, after 28 years of leadership first by Jimmy Reel and then his daughter Agnes Strauss, the members of The Bucksnag Hunting Club formally established the club as a 501 (c)7 not for profit social club which now owns the hotel and continues to lease the prime rice-lands from Lehrer Interests. 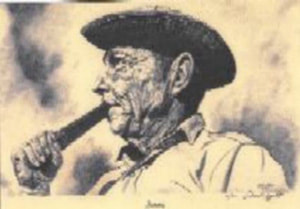 Jimmy Reel - Hunter, conservationist, sportsman, and master of the pintail call. He left us with a lasting impression of the love for walking through the woods, watching and listening to geese and ducks, and then calling back. In the 1940's he originated the Texas Rag Spread (the use of white rags as decoys to attract geese). He also began the tradition of pumping water to make safe roosting areas for migrating ducks and geese. His traditions live on at The Bucksnag.

History of the Bucksnag Hotel

​In 1910 Garwood, Texas was a thriving rice growing community with daily rice shipments via the railroad to other parts of the United States. Mr. B. F. Field, an early merchant in Garwood, constructed the Field Hotel in October 1910. Mrs. Field became famous in this section of the country for the excellent meals she served at the hotel. People traveling in this vicinity always made it a point to reach the Field Hotel at mealtime!
​
The tradition of excellent meals continued as the hotel changed owners and was renamed the Brate Hotel in 1912, and then the Chapman Hotel in 1938. 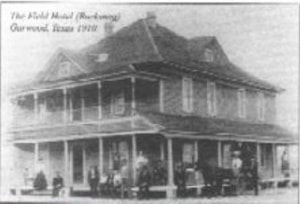 In 1968, Jimmy Reel and the Red Bluff Corporation purchased the Chapman Hotel. After extensive restoration, the hotel was reopened as The Bucksnag and has since operated as a private duck and goose hunting club with prime areas for hunting throughout the Garwood Prairie.
​
The Bucksnag still boasts the same great hunting, fine foods, and comfortable furnishings of antiques from the period in which the hotel was built. 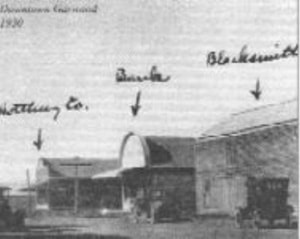 On June 1, 1901 the blocks, lots, streets and alleys of Garwood were platted. The community became known for its rice production with estimated annual income of $20M from rice as of 1986. Garwood also enjoys income from oil and gas production as well as major production of gravel. Deer, duck, and goose hunting are exceptional and add to the economy of the area.
​
Many of the original buildings in downtown Garwood are still used for various retail shops, the Community Center, and the Lions Club. Modern additions include the Garwood Library established in the 1950's and the U.S. Post Office, both of which are located directly across from The Bucksnag.

Today, Garwood is a community of 600 people. many sharing the heritage of the original area citizens for whom the Garwood streets were named. Be sure to walk down Nelle Street named for Nelle Griffin who was the first postmistress of Garwood!